The Baker-Polito Administration recognized 34 municipalities and public school districts from across the Commonwealth as Cyber Aware Communities at a virtual event hosted during National Cybersecurity Awareness Month by the Executive Office of Technology Services and Security (EOTSS) and featuring local and state cybersecurity leaders. Those recognized were the top performing participants in this year’s round of the Municipal Cybersecurity Awareness Grant Program.

Cyberattacks on municipal government and education systems are on the rise nationwide as cyber threat actors are utilizing common threat actions such as phishing, smishing, hacking, and ransomware attacks to gain access to an organization’s IT networks and sensitive data, and recent high profile ransomware attacks and hacks have disrupted operations in both the public and private sector. Identified by the National Governors Association (NGA) as “the single most effective factor in preventing security breaches and data losses,” employee cybersecurity awareness training is a critical tool for organizations to prepare its workforce to best defend against potential cyber threats.

“Buy-in and awareness on cybersecurity from an organization’s leadership team is critical to its success,” said Governor Charlie Baker. “Congratulations to each of the municipalities and public schools that have earned recognition as a Cyber Aware Community for their leadership in better securing their organization from potential threats.”

“As former municipal officials, Governor Baker and I are keenly aware of the challenges local governments face in putting scarce resources to work,” said Lt. Governor Karyn Polito. “Participating in Commonwealth cybersecurity and IT grant programs such as the Municipal Cybersecurity Awareness Grant Program is a vital resource to enhance a local government and community cybersecurity posture.”

The Municipal Cybersecurity Awareness Grant Program is managed by EOTSS’ Office of Municipal and School Technology (OMST) and is supported by capital funding secured in Governor Baker’s General Governmental Bond Bill, which was signed into law in August 2020 to invest in the Commonwealth’s cybersecurity posture and IT infrastructure modernization initiatives.

In the first two years of the program, 62,000 municipal and public school employees have enrolled in the program, gaining access to critical end-user training, evaluations, and threat simulations. Participating organizations include large cities, small towns, and school districts from across the Commonwealth. Results have shown that participants receiving the cybersecurity awareness training on average saw a 6-point improvement on the final assessment of the training course.

“Threats posed by cyber-attacks are so great today that cybersecurity can no longer be viewed as a problem for the IT department alone,” said Secretary of Technology Services and Security Curt Wood. “The municipalities and public schools being recognized today are stepping up to ensure that every member of there is properly trained to identify and avoid attempts by malicious actors to gain access to critical systems and data.”

“I want to congratulate all of the municipalities and school districts that have engaged in this year’s Municipal Cybersecurity Awareness Grant Program and are being recognized as Cyber Aware Communities,” said State Senator Barry Finegold, Senate Chair of the Joint Committee on Advanced Information Technology, the Internet, and Cybersecurity. “Over the past year, cities and towns across the Commonwealth have been impacted by ransomware attacks, and unfortunately this problem is not going to go away. We need to get ahead of the curve and empower our municipalities to strengthen their cyber preparedness and resilience. Initiatives like the Municipal Cybersecurity Awareness Grant Program are crucial first steps, and I look forward to continuing to partner with Secretary Wood and the Executive Office of Technology Services and Security going forward.”

“The Municipal Cybersecurity Awareness Grant Program helps directly address one of the key cybersecurity challenges presented by the rise of hybrid work and the future of work in our municipalities: end-user education,” said State Representative Linda Dean Campbell, House Chair of the Joint Committee on Advanced Information Technology, the Internet, and Cybersecurity. “Public sector leaders and workers at every level of government must now prioritize cybersecurity training for their organizations.  This is the most critical and most cost effective way of mitigating threats which we expect to increase in the near future.“

“The City of Worcester is proud to join 33 other organizations in being recognized as a Cyber Aware Community,” said Worcester City Manager Edward A. Augustus, Jr. “The Baker-Polito Administration takes cybersecurity seriously, and our City does as well. Cyber hacks and attacks have increased, and we must be more vigilant than ever. The Municipal Cybersecurity Awareness Grant Program has been an invaluable tool in helping to raise the awareness of our employees to the dangers of cyberattacks, and equipping them to identify and help prevent them.”

COVID-19 has amplified cybersecurity challenges for all organizations, and as cyber threat actors take advantage of an increasingly remote and hybrid workforce, the number of threats and scams has increased. End-point user training is a key tool in an organization’s ability to combat potential threats to its IT infrastructure, networks, and data.

“Congratulations to the award winners!  It is wonderful to see so many local leaders recognized for building Massachusetts cyber resiliency,” said Stephanie Helm, Director, MassCyberCenter at the Massachusetts Technology Collaborative. “The MassCyberCenter looks forward to partnering with you in the future to safeguard our Commonwealth communities.”

“The 34 communities being honored today are true leaders, and they should be applauded for their hard work, dedication and long-term commitment to building resilient and cyber-secure cities and towns,” said Massachusetts Municipal Association Executive Director Geoff Beckwith. “Local leaders know that protecting our public IT infrastructure and sensitive data from sophisticated cyberattacks requires a powerful state-local partnership, and we are deeply grateful to the Baker-Polito Administration and the Massachusetts Legislature for providing critical support, resources and assets through the Cybersecurity Awareness Grant Program, which is a model for the rest of the nation.”

The full list of awardees recognized as a Cyber Aware Community: 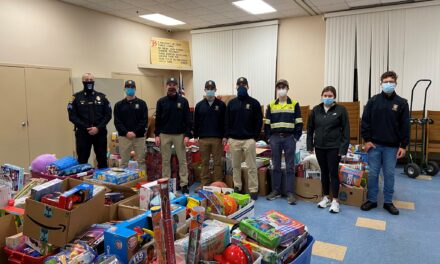 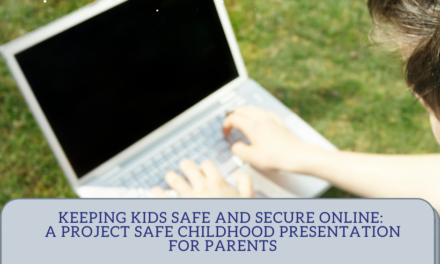 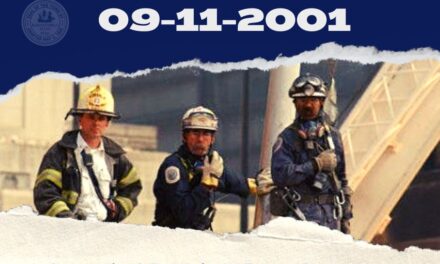 Events commemorating the 21st anniversary of the 9/11 attacks