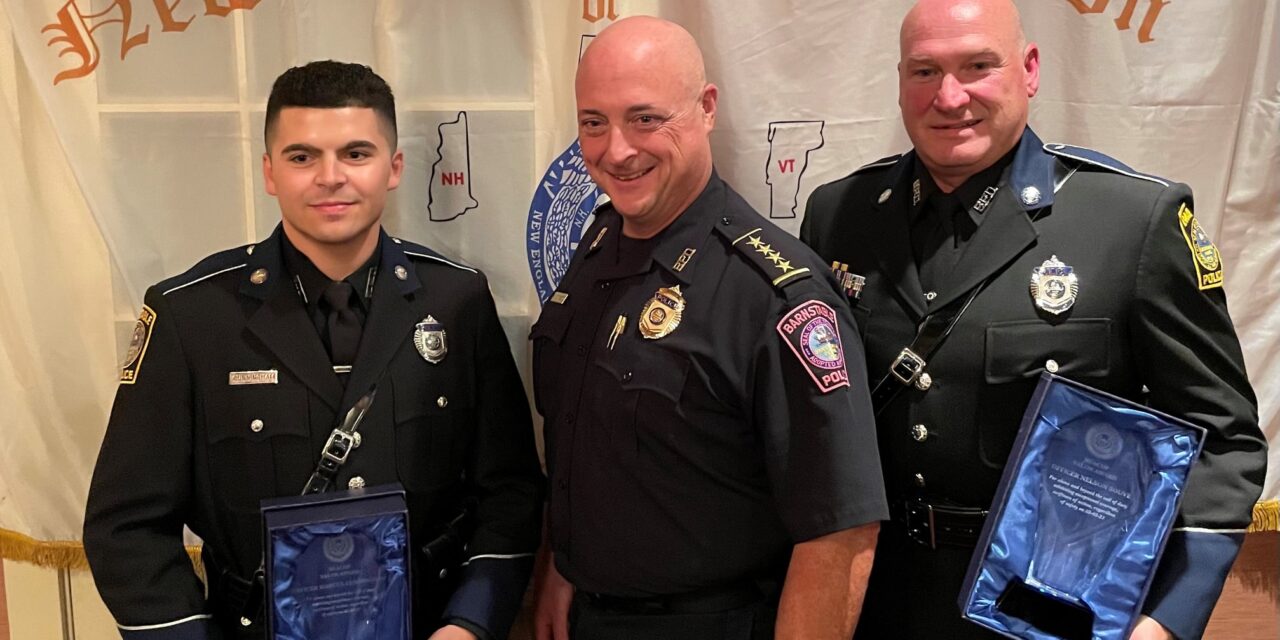 The Barnstable Police Department announced that Officers Nelson Souve and Marcus Cunningham were awarded the New England Association of Chiefs of Police “Medal of Valor” on Tuesday October 5, 2021.
While responding to an active house fire at 3am on February 2, 2021; Officer Souve and Cunningham placed their own safety aside and entered the burning home in an attempt to locate the occupants. Upon entering the kitchen area they located an unresponsive 69 year old female on the kitchen floor. They were able to carry the female out of the house and across the street where they began CPR with the assistance of other officers. The female was transported to a Boston hospital, later fire officials stated the actions taken by the officers saved the woman’s life.
Officer Souve and Cunningham’s quick and heroic actions that night are a shining example of the bravery and selflessness they demonstrate as proud members of the Barnstable Police Department.