Stay Connected: Massachusetts Residents Encouraged to Plan Ahead For the Shutdown of 3G Cellular Networks 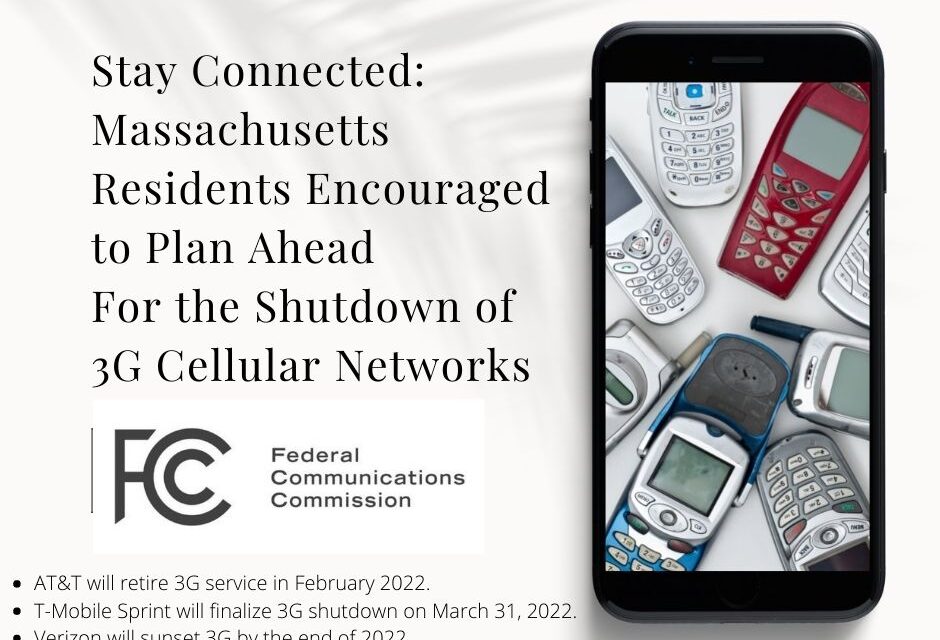 For the Shutdown of 3G Cellular Networks

The federal government and cellular providers have announced that older phones and devices will lose call and data functions, including the ability to contact 911

The Executive Office of Public Safety and Security (EOPSS) is supporting efforts by carriers and the federal government to raise awareness about plans by major cellular providers to phase out 3G coverage beginning in early 2022. EOPSS urges Massachusetts residents and businesses who rely on older technology to plan for the potential loss of cell and data functions, specifically 911 service availability. Mobile carriers are retiring 3G technology to add bandwidth for faster and more reliable network services, such as 5G. The decommissioning effort is underway, and 3G coverage is already being phased out as the final sunset dates approach.

If a mobile phone is more than several years old (e.g., older than an iPhone 6 or Samsung Galaxy S4), the phone may require an upgrade before mobile carriers eliminate 3G technology. For older phones and devices, the loss of 3G coverage will impact call and data service, including the ability to contact 911. These plans to phase out 3G coverage result from a decision made solely by the major cellular providers.

The FCC urges consumers with phones older than the iPhone 6 or Samsung Galaxy S4 to contact their local mobile carrier or visit their carrier’s website to determine if a new device or software upgrade is necessary. The FCC has also provided information about resources to assist eligible consumers with phone upgrades and other internet connectivity costs.

Recently, the Federal Communications Commission (FCC) issued an alert to consumers, detailing the various timelines provided by mobile carriers to complete the shutdown:

According to the FCC, the transition will also impact many other industries and technologies. A failure to upgrade technology in advance of the shutdown may affect home and commercial security systems, monitored fire alarms, personal emergency alert devices, and vehicle SOS systems, among other advanced technologies. Visit the FCC website for more information about the 3G phase out, suggested next steps for consumers, and resources to help stay connected.

UCLA Memory Training Presented by the Barnstable Council on Aging 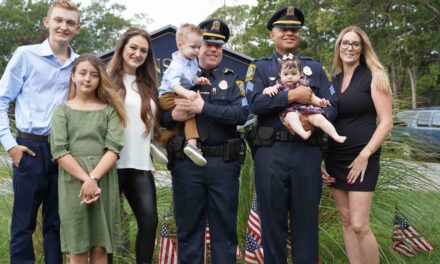 News from the Barnstable Council on Aging