The School Committee has been busy with meetings this past week.  On January 28, the School Committee held a Special Meeting to approve the employment contract of Dr. Sara Ahern, who will be the new Superintendent of Barnstable Public Schools starting on July 1, 2022.  At their regularly scheduled monthly meeting on February 2, they were treated to a presentation by the Barnstable United Elementary Green Team.  A group of students saw an issue with recycling at their school and found a way to solve the problem.  You can watch the video here.  Superintendent Mayo-Brown spoke about the mask mandate in schools being extended to February 28 by the Department of Education.  She stated her administration and the Reopening Steering Committee has worked on a plan she would recommend to the School Committee to adopt for masks in schools if/when the decision becomes a local one. Dr. Mayo-Brown announced the search for a Principal at the Barnstable Intermediate School has been launched.  A search committee, made up of 11 people (teachers, administrators, staff, and parents), will conduct interviews and move forward 2-3 finalists for community forums, site visits, and a final round of interview with the Superintendent and central office staff. She is hoping to announce a new Principal in mid-March.  Assistant Superintendent Kristen Harmon announced Barnstable Public Schools received a $290,000 Math Acceleration Academy Grant.  These academies will be run during February and April vacation weeks.  The School Committee voted on the 2022-2023 School Year Calendar.  The 2022-2023 calendar can be found on the District’s website here.

The February School Committee Meeting included the initial presentation of the FY’23 School Department’s budget. Deputy Director of Finance, Gareth Markwell, gave an overview of the budget discussing operating budget resources and general fund allocation.  He and the Superintendent have met with all the principals and directors to discuss their site and department priorities. They also met with the School Committee to discuss their strategic priorities with the budget.  The major themes coming out of the budget requests were English Language Learner support, classroom elementary teachers, special education teachers at the high school, and paraprofessional support in early grades. There will be additional budget meetings on March 2 and 16.  March 16 will also be the Public Hearing on the FY’23 Budget.  The final budget meeting will be in April 6, where the School Committee will vote on the budget before it moves forward to the Town Manager and Town Council. 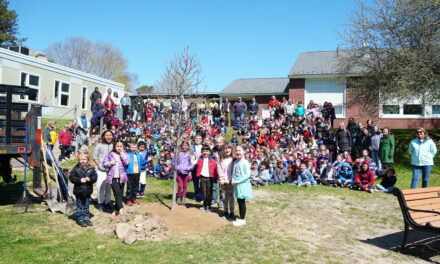