The Mercy Otis Warren ‘Cape Cod Woman of the Year’ Selection Committee is pleased to announce that nominations are now being accepted for the 21st annual award honoring a woman on Cape Cod. The Recipient of this award demonstrates an outstanding contribution to her community.

The Mercy Otis Warren ‘Cape Cod Woman of the Year’ award honors a Cape Cod woman who has made significant contributions in the arts, business, education, community involvement, and volunteerism. Recipients exemplify the spirit of Mercy Otis Warren, an early American patriot born and raised in Barnstable.

Nominations should be presented on one typewritten page describing what qualifies the candidate and what makes her unique and deserving of such an honor.

Nominations should include as much multifaceted information about the nominees as possible.

1.      Submit a nomination online at https://bit.ly/MOW2022. The electronic form with prompt you to upload a nomination letter.

3.      Email the nomination letter to mailto:mercyotiswarrencapecod@gmail.com

The Cape 2022 Woman of the Year will be presented with a statuette of Mercy Otis Warren by local, celebrated sculptor David Lewis, as have all past recipients since the inception of the annual event in 2002.

Note that the Recipient will be asked to participate in the 4th of July parade in Barnstable Village.

Mary Leclair, Recipient in 2009 and now a Selection Committee Member, said, ” Winning the award was a highlight in my life and career. To be a part of the group who came before me and the women who chose me was an honor that was also humbling.  It made me want to work harder to make this Cape of ours a better place for all.”

“Mercy Otis Warren was a woman of profound insight and deep influence in the founding of our nation,” said Wendy Northcross, Recipient of the award in 2021, “And she was a West Barnstable native, experiencing daily life as I do today, overlooking the Great Marsh and studying at the 1717 Meetinghouse. Her history is one for which I have great respect, so having been conferred an award in her name is an immense honor for me.”

Admission to the Mercy Otis Warren event is free, and donations will be accepted.

Details about the recognition, its history, and its generous, local sponsors are available online at
http://www.barnstablecounty.org/affiliated-organizations/mercy-otis-warren-woman-year/

Email questions to the Selection Committee at mercyotiswarrencapecod@gmail.com.

ABOUT MERCY OTIS WARREN: Mercy Otis Warren was born in the village of West Barnstable in 1728. Mercy was the third of thirteen children and first daughter born to James and Mary Allyne Otis. While her older brother James (“The Patriot”) was recognized as one of the Sons of Liberty in the 1760s, Mercy Otis Warren has been called “The First Lady of the American Revolution.”

In an era when it was unusual for women to obtain any schooling beyond reading and writing, Mercy’s father, Judge James Otis, Sr., allowed her to study with the West Parish Reverend Jonathan Russell. At the same time, he tutored her brothers in preparation for Harvard College.

When Mercy Otis Warren married James Warren in 1754, she became increasingly active in his political life, and their home became the focal point of local politics. Encouraged by her husband, who fondly called her “The Scribbler,” Mercy published poems, plays, and pamphlets that challenged British royal authority and urged colonial resistance. Later, during the debate over the United States Constitution, she advocated for the inclusion of a Bill of Rights. Mercy also emphasized the importance of women in politics and society.

Mercy Otis Warren is still recognized as one of the most influential women. In 1943, a Liberty Ship SS Mercy Warren was launched in her honor, and on October 5, 2002, she was posthumously inducted into the National Women’s Hall of Fame in Seneca Falls, New York. Mercy Otis Warren was more than a woman ahead of her time; she was a beacon of light that would have illuminated any era. 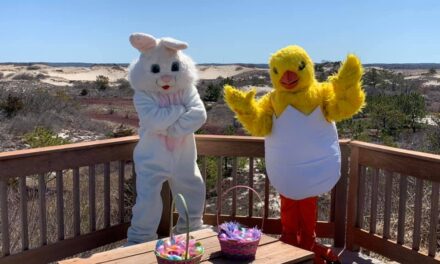